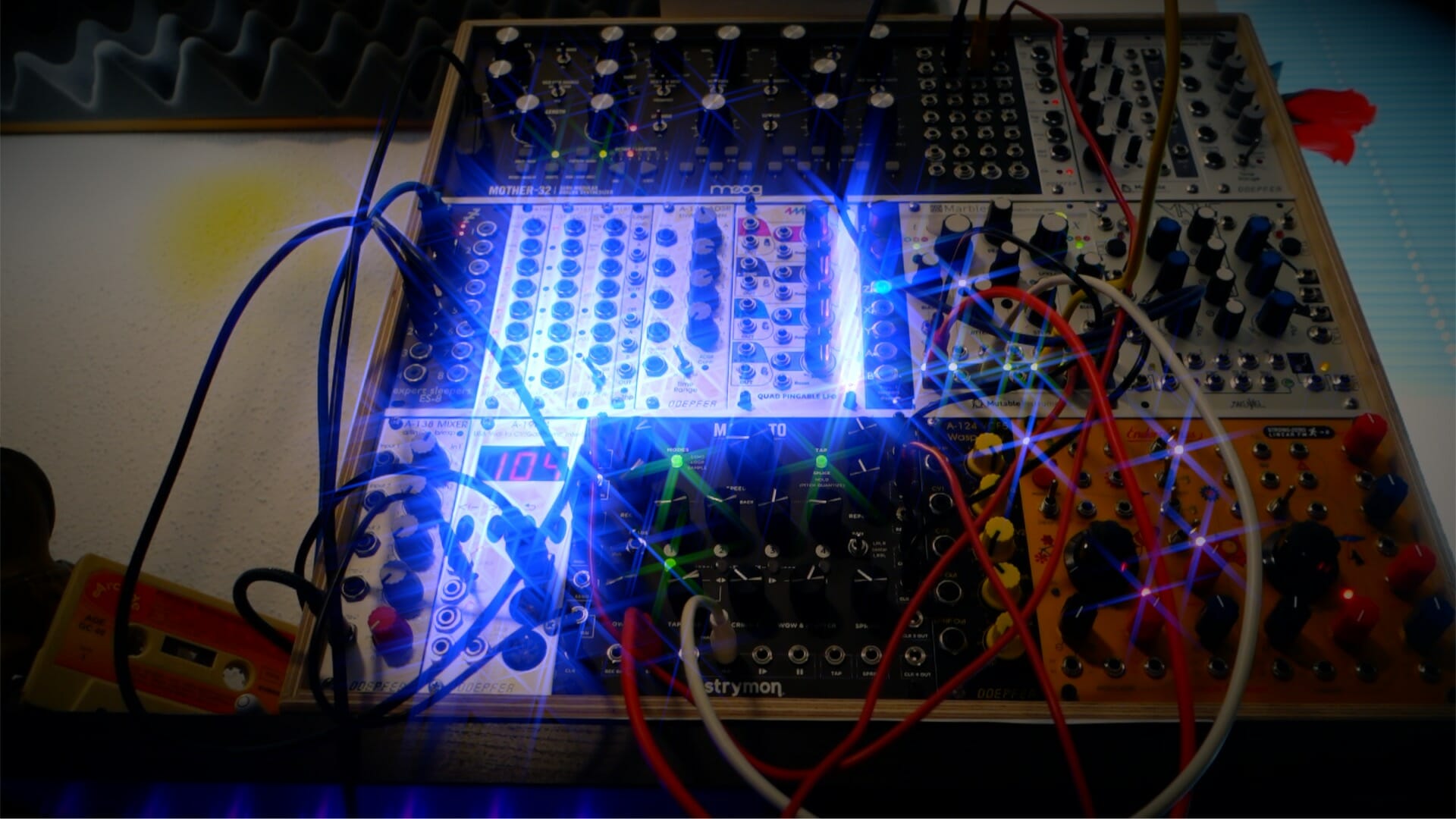 In this patch I wanted to check out Mutable Instruments Marbles for modulating Mother and Magneto. Up till now I had used Marbles to create quantized CVs for my VCOs. But then I switched to sequencers (either via MIDI or the internal Mother sequencer) and didn’t use Marbles for some time. Now it is time to restart.

Cable Connections for the patch

This is the first patch using two reverbs with a distortion as insert. Both reverbs and the distortion are in one send channel.

The Eurorack input is panned with Pancake 2 by Cable Guys.

The record was a one take. The only thing I did afterwards was to EQ the channels and add some compression. Also I used automation to change the level of reverb by bringing up or down the reverb channel. I actually like that because it reveals some of the original sound from time to time.